There are no anonymous mouthguards. 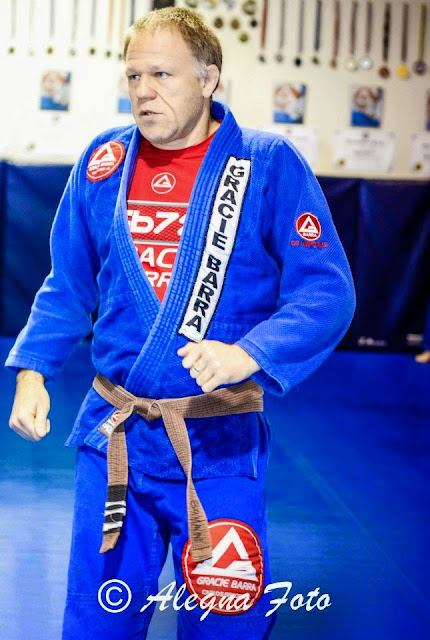 Will you spend your time and pursue your training in a doomed attempt to not die? Or will you train to live harder and truer? –Campfire Tales From Hell

There was a massive, delicious-smelling buffet in the lobby when I walked in. I walked right by. Carlos told me that there was food (like I could have missed it). I said, "I didn't come here to eat." I thought he'd like that, but he informed me that I was being rude. Again with the awkwardness and frustration of trying to make better diet decisions in a world that constantly wants to shove food in your face. And again with the cultural minefields. Five years with this guy and I still can't always figure out what's going to offend him.

You have butterfly guard. Hug opponent around torso, lie back- load and lift.
Same, only now opponent whizzers you on one side. Grab hir wrist and hold it there while you remove your arm. Press hir wrist to hir own belly as you use your free arm to hug hir around the torso, lie back, and load-lift.

Same, only now as you lie back, yank hir arm hard across your bodies and kick with your opposite foot to spin the opponent and drop hir into your back mount. Hooks. Choke. Note- don't forget to grab hir wrist in the backmount. This is a detail that I persistantly forget across multiple techniques.

You standing, opponent sitting. Rocking-chair hir back. S/he sits up and wraps hir left arm around your right thigh. Dive your right hand UNDER hir arm. Place the blade of your left forearm on the back on hir neck. Gable grip. Sprawl. (ow... this made me want to tap right then... neck crank and spine bend.... and I was scared of what would come next) Rotate your arm circle so that your left bicep is facing the mat. Kick right leg through and drop to the mat. Head and arm choke. If you can't get it, inch your body toward opponent so that your chest/belly cranks it worse (ow). I'm so happy I was doing this with Chrisanne. If it had been some big dumb whitebelt, I think I would have faked a stomachache and bailed. It was scary enough with Chrisanne.

Two phenomenal rolls with Chrisanne and one phenomemal roll with Danny.

Walked past the buffet a second time.

Same agenda, minus the head-and-arm, and plus this:

After the pummelling and backtake, your attacker lifts your feet off the floor in a bearhug. You need to achieve a slight shift to the side before s/he lifts you. Then you can hook a shin around hir chin from the outside as you are lifted, preventing hir from lifting you any higher or from throwing you. As s/he drops your feet to the floor, you bend your knees, reach between them, and grab hir foot. Yank. As soon as you have hir on hir back, kneebar. Then drop the leg, lift the foot that is between hir legs, and pivot to move to KOB. You can add a face/throat strike here (this is self defence), or- if you are working with Chrisanne- you can beep her nose.

Many drill reps, as Carlos is wont to due on Friday nights.  Chrisanne and I had aching legs from the night before. I started out the butterfly boosts really strong (it was fun and felt good) but I slowed down considerably as time went on. Chrisanne gained eight pounds with each set. It was partially that I was already sore from the previous night's reps, and partially that I was glucose-deficient (I had eaten lunch, but run errands before class, and should have bought a sandwich or something before going in), but mostly it was the fact that I am old.

I got a compliment from Carlos on my butterfly sweep to backtake- he liked my snappy foot kick as I twirled my enemy into my back mount. Chrisanne and I were both struggling a bit with the the fact that we were tired enough by then to make the technique quite physically challenging to complete even if we felt like we knew/understood the steps.

I was too hungry to stay for sparring. It was punishingly hot and muggy, too.

Carlos (pointing at a random mouthguard lying on the floor): "Rodney! Your mouthguard!"

Me (wonderingly): "You can identify everybody's mouthguards on sight?" 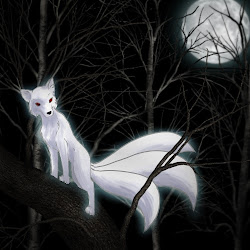 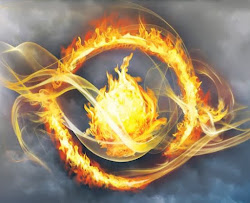 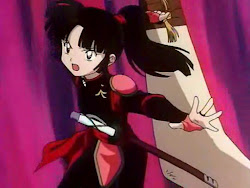